In May of 1982, when ENERTRAK inc was established, the "Team" consisted of three people and assured the distribution of one single line of equipment and parts. Expansion started with an office in Quebec City in 1983, followed by a new Head Office in Laval in 1991, a second location in 1996, a representation in the Maritimes in 1997, in 2001, another Branch in Dartmouth, Nova Scotia. In 2004, a new Branch was opened in Longueuil, on the South-Shore of Montréal. In 2008, a second office in the Maritimes was opened in Moncton, New-Brunswick and in 2012, a third office was opened in St. John's, Newfoundland. In 2016, the Moncton office moved to a bigger location with offices and a warehouse to better serve our New Brunswick customers. In the fall of 2018, a new parts, accessories and refrigeration division was created, and the Michelin branch was reopened for the occasion. 2018 ended in style for colleagues from the Quebec branch, which tripled in size due to its growing team and sales. Following outstanding results at the Halifax and Moncton branches, they also doubled their area in 2019; in March for the Nova Scotia team and in October for the New Brunswick team.

Today, ENERTRAK represents over forty reputed manufacturers throughout the Province of Quebec, in the Maritimes and the Ottawa Valley with inventories in ENERTRAK's seven warehouses. ENERTRAK's staff of over eighty, include Engineers, Technicians and qualified personnel at your service at all our locations.

As our past success was based on innovation and the pursuit of excellence, we intend to renew our commitment to the same objectives. Our strategy for the future… keep our winning formula: 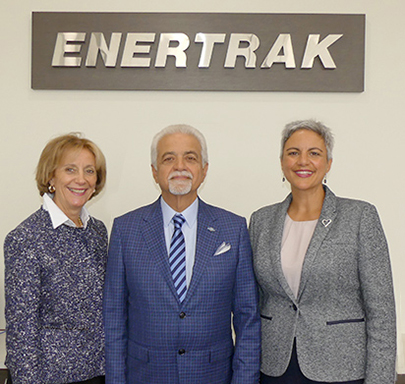